Let us tell you the story of how an amazing home and a pair of donkeys changed our lives forever!

In 2017 we found our real life fairy tale home in Loomis, California by way of Facebook. We had no plans of moving, I was only dreaming while looking at photos of that beautiful home. A few days had gone by and my husband called and asked me what I was doing the following day. I told him I had no plans and then asked him why he was asking? He said, “Because we have an appointment to go look at that home in Loomis you’ve been dreaming about.” I told him we couldn’t, we aren’t moving and we are not pre-approved for a home loan. He just laughed and said it wouldn’t hurt to have a look. He was amused because he is a mortgage banker and could get us pre-approved quickly.

Once we visited the property we both fell in love instantly! With a little luck and good timing everything fell into place to sell our home and our offer was accepted on the new dream home. The property has an established vineyard with both Merlot and Cabernet Sauvignon grapes. We began researching everything we could about making wine and the possibilities that could bring.

Our new property is beautiful and so peaceful. We made the decision to add a pair of miniature donkeys, Prince and Penelope. It wasn’t until a year later that I’d come to realize just how important the new home and those donkeys would be in my battle against breast cancer. We hope our wine gives you strength during difficult seasons, ignites contagious laughter, and inspires you to dream big! Grab a bottle and some good friends. 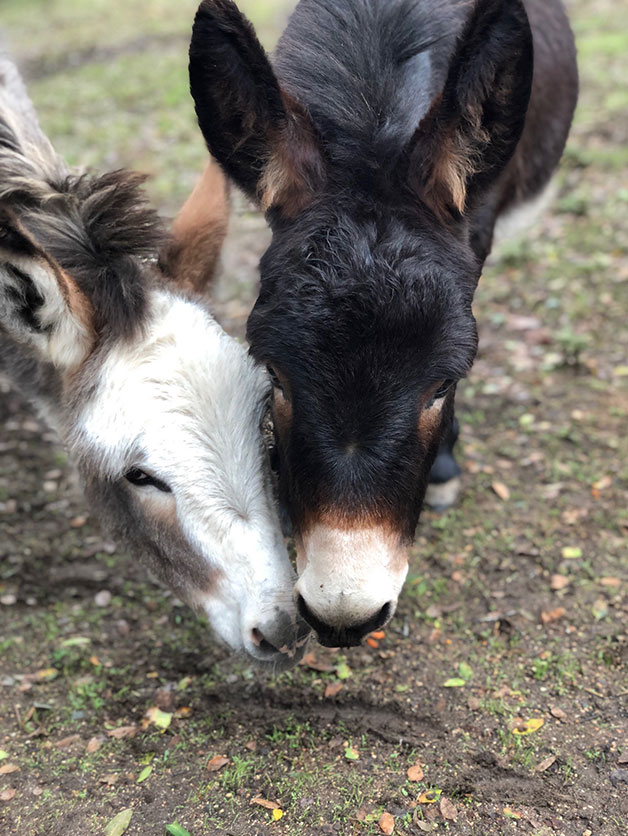 This wine is for you. Cheers!